History of Sabzzivar Co. - The ministry of urban services 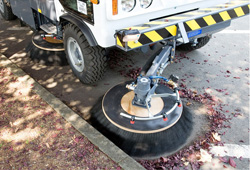 Sabzzivar company has registered in 25 Oct 1993 in Tehran companies registration administration with reg. no. 100505. This complex , professionally has been active since the beginning of the establishment in urban services field and garbage collection. Apparently, the range of the company's activity was limited during beginning its job, and the company was introduced it self by urban services contract in No .5 municipal area (No.3 district) to the country's labor market. This contract has continued until 1996 and then has started its work in urban services project of Tehran no.3 municipal area (district No.3)

That was considered as one of the important and critical districts .in 1999 the reputation of the company was transferred from founders to the new managers and the second working phase of the company , was started .Activities in No.3 and No.1 districts of the No.2 area of Tehran municipality until 2000 , were considered as the last working years in Tehran municipality , so since 2001 the company's office was transferred to the Karaj city and the central office has located in Karaj city , up to now .in 2001 company's urban services contracts ,in no.2,6,7,8and 9 areas were signed with Karaj municipality and finally 22 Oct 2009 the contracts of the company with this employer about the urban services were finished and only became limited to the rent of garbage  carrier vehicles and mechanical street – tabulation washer in No.1 and No.7 areas .

Sabzzivar company , has started its work as first contractor of the private sector in 2006 in the 1 No.1 area of the Qom holy city and this cooperation has continued up to now ,2013 , and recently this cooperation has developed in No. one , No. two and No .three areas of this city . Activity in  Yazd , Meshkin Dasht and Mahdasht cities has registered in the company's activities. It is necessary to say that the company started its activity as a first executer of urban services in Rasht city .